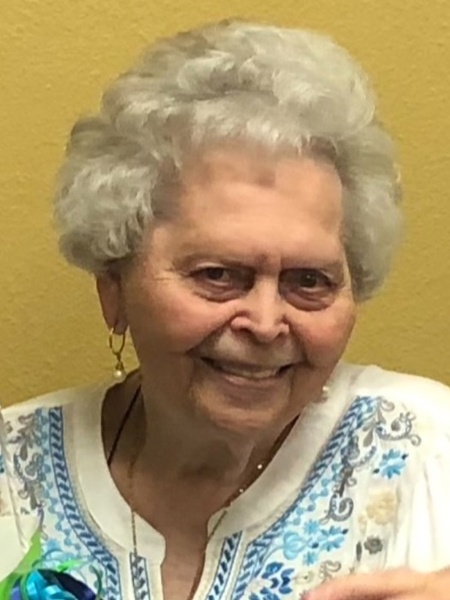 Carolyn Stovall, 84 passed away on January 2, 2022 in Ft. Worth where she had been a resident of Bethesda Gardens Memory Care for two and one-half years.  There will be a graveside service at Restlawn Memorial Park on Monday, January 17 at 10:30.

She was born on July 26, 1937 in Arbala and grew up in Sulphur Springs.  Her mother was Dorene Bryant Rhoades, widow of Roy H. McClain, Sidney C. Walker and H.Bill Rhoades.  Carolyn was preceded in death by husbands James T. Stephens and Kenneth V. Stovall. She and Ken lived in Sulphur Springs for their last 40 years together and were members of First Baptist Church, where Carolyn had been a member as a child. Carolyn and Jimmy were married in 1953 when she was 16 and started their family the following year.  They had two daughters and later added two sons. While Jimmy taught school, he also helped her build a very successful career selling Tupperware.  Together, they built a top unit in the Southwest region of the United States. She was a leading manager with both personal and unit sales in the late sixties.  Jimmy died suddenly in January of 1971 when the children were 16, 14, 6 & 3. Unfortunately, as a widow, Carolyn was no longer eligible for the distributorship she and Jimmy had worked so hard for.  Even so, she remained “The Tupperware Lady” for many years – selling to faithful customers, family and friends.  Carolyn also loved to make cakes.  For many years during the Christmas season, she made and sold fruitcakes using a family recipe.  Unlike a regular fruitcake, it was very popular and a traditional part of her customer’s holidays.  She also made and sold other cakes to long-time friends.

Carolyn is survived by her daughter Michele and her husband Jim McKinney of Fort Worth; her daughter Lisa and her husband Jim Avery of Tyler; daughters-in-law Sharon Stephens of Springfield, Missouri and Margaret Adams of Hartman, Arkansas.  She also had 6 grandchildren and 12 great-grandchildren. Also surviving are brother and sister-in-law Leiland and Sue Walker; sister Shirley Barker; sister and brother-in-law Polly and Roy Roberson; sister and brother-in-law Patsy and LeRoy Fryar and brother and sister-in-law Donald Ray and Joyce Stovall.

To order memorial trees or send flowers to the family in memory of Carolyn Stovall, please visit our flower store.