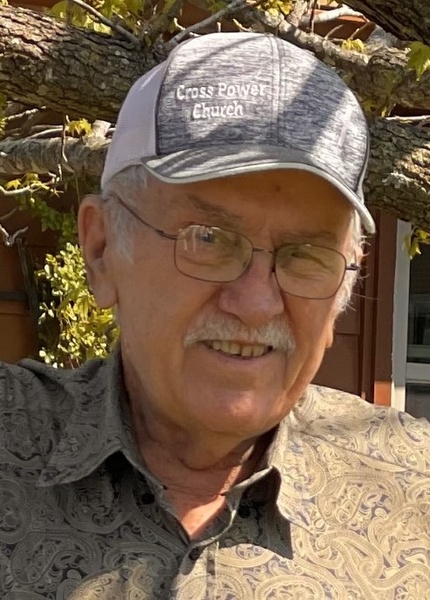 Funeral service for Jim Crump, age 81, of Campbell, TX, will be held 12:00 p.m. Friday, December 31, 2021 at Cross Power Church in Campbell, TX with his son, Pastor Lance Crump, officiating. Interment will follow at Cumby Cemetery with David Mitchell, Randy Rabe, Lathan Crump, Cody Duncan, Terin Duncan, and Randy Chadwick serving as pallbearers. Honorary pallbearers will be Charlie Grantham, L.D. Davis, Gary Aven, and Kenneth Mitchell. A visitation will be held one hour prior to the service at the church. Mr. Crump passed away Wednesday morning, December 29, 2021 at Medical City Arlington.

Jim Crump was born January 6, 1940 in Campbell, TX to T.B. Crump and Mary (Boswell) Crump. He married Sharon Mitchell on July 11, 1975 in Emory, TX. Jim was the last surviving member of the Cumby High School Class of 1957. Mr. Crump retired from Continental Telephone Company where he received numerous awards and recognition for outstanding service. After his retirement he was a contractor for General Telephone Company in the Northern Pacific Mariana Islands. Upon his return to the states, he was an entrepreneur of several businesses. After retiring again, he worked as a state auto inspector in Cumby, TX until January of 2021.  Mr. Crump was a member of the Independent Telephone Pioneer Association and Cross Power Church.

He was preceded in death by his parents.

To order memorial trees or send flowers to the family in memory of Jimmy Crump, please visit our flower store.