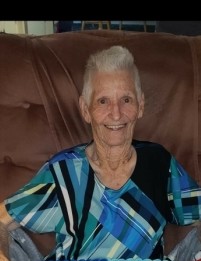 Funeral service for Argieree Tolleson, age 90, of Sulphur Springs will be held at 2:00 P.M. on Sunday, December 29, 2019 at Murray-Orwosky Funeral Chapel with Michael Heard officiating.  Interment to follow at Restlawn Memorial Park with serving as pallbearers Jim Womack, Jason Heard, Joe Bob Busby, Dale Keith, Jim Morris, and Chad Rawson. Visitation will be held one hour before the service at Murray-Orwosky Funeral Chapel. Mrs. Tolleson passed on Wednesday, December 25, 2019, at her residence.

Argieree was born on June 29, 1929 to Clarence Heard and Ora Lee “Starrett”.  She married Cleo Tolleson in Yantis, TX on May 30, 1947.  She was a beautician mostly all her life. Argieree was also a member of the Yantis Baptist Church.

The family would like to give special thanks to the caregivers; Imogene Graves, Caroline Mcpherson, Opal Price, and Mary Robbinson who stay with Mrs. Tolleson from day in to day out.

To order memorial trees or send flowers to the family in memory of Argieree Tolleson, please visit our flower store.