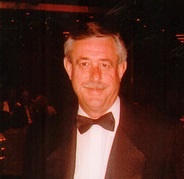 Memorial service for Barry L. Lawrence, age 76 of Yantis, TX will be held at 2:00 P.M. on Thursday August 4, 2022 at Murray-Orwosky funeral home of Sulphur Springs. Mr. Lawrence passed away on July 26, 2022 at his residence.

Barry Leon Lawrence was born in Lansing, MI to Wallace and Colleen Lawrence on May 18, 1946. He grew up on Park Lake, MI as a child; he enjoyed lake activities such as fishing, water skiing, and boating.  He was a scholar, active in student council, a multi-sport athlete in football, basketball, and golf.  He was a veteran of the United States Army. Barry moved his family to Texas in 1981. He spent his career as VP of Sales and Operations for Music and Sound. He loved sailing, his dogs, golfing, working in his workshop and traveling.

He was survived by his only son, Barry Tyson (Ty) Lawrence; grandchildren, Tyler Leon Lawrence and Trey Andrew Lawrence.

Barry was preceded in death by his parents.

To order memorial trees or send flowers to the family in memory of Barry Lawrence, please visit our flower store.