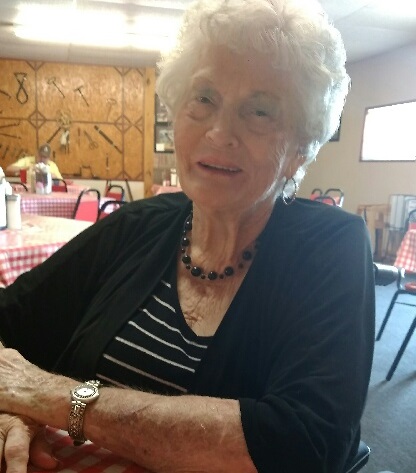 Funeral Service for Betty Burnett, age 85, of Yantis, will be held at 3:00 P.M. on Wednesday, February 27, 2019 at Murray-Orwosky Funeral Chapel with Rev. Byron George officiating.  Interment will follow at Seymore Cemetery with Adam Dowell, J.W. Burnett, Greg Mays, Cole Burnett, Cord Burnett, and Thomas Jenkins serving as pallbearers.  Visitation will be held one hour prior to the service.  Mrs. Burnett passed away on Sunday, February 24, 2019 at Christus Memorial Hospital, Sulphur Springs.

Betty Lou Burnett, was born on August 25, 1933 in Yantis, TX to D.W. and Mary Massey.  She married James Burnett on November 28, 1951 in Emory Texas.  Betty worked as a LVN at Hopkins County Memorial Hospital and for Dr. Joe Longino.  She was a member of County Line Baptist Church.

Betty was preceded in death by her parents, husband, grandson, Stephen Vess, nine brothers and sisters.

To order memorial trees or send flowers to the family in memory of Betty Burnett, please visit our flower store.