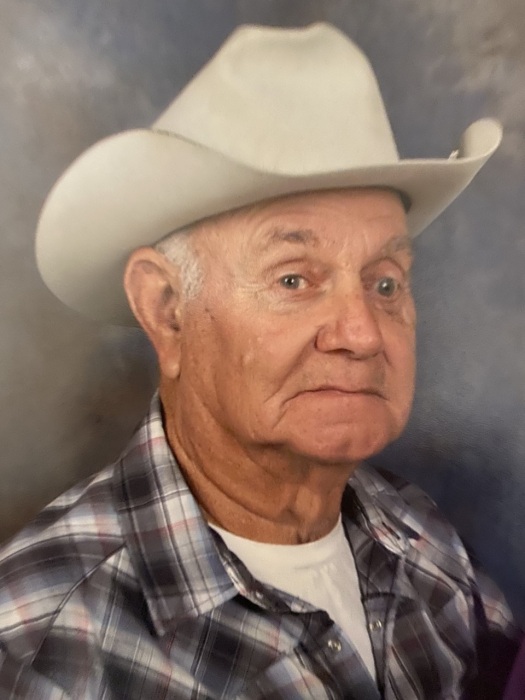 Billie Jacksom, age 88, of Brashear, TX passed away on April 11, 2021, at his residence. Billie was born on March 21, 1933 in Emblem, TX to Charles Edgar and Opal Lois (Holder) Jackson. When he was eight years old, his father passed away. He went to live with his grandparents who continued to raise him until he graduated high school in 1952 from North Hopkins. On April 13, 1953, he enlisted in The United States Army. During his enlistment, he served in the Korean War and received the National Defense Service medal, Good Conduct Medal, and the Marksmanship award. On August 26, 1954, he achieved the rank of Corporal. Billie received an honorable discharge on April 12, 1955.

After his discharge, Billie worked at Rockwell valve manufacturing and Sulphur Springs High School until finding his passion in carpentry and gardening. While being a doorman at the VFW, he met Bettye. Billie courted Bettye as a true gentleman would by taking her dancing and bringing her home. On December 24, 1980, Billie married his Honey.

Billie and Bettye enjoyed traveling the USA visiting major landmarks and family and friends. They traveled to Washington D.C, through the North Carolina countryside. They enjoyed Chino Valley, Las Vegas, Denver, and Arizona. While traveling to Lake Tahoe, Bettye decided to take a ”short cut” ;after driving for a little while, Bettye told Billie I hope we make it cause we are getting low on fuel. Bettye says they ran on fumes part of the way because of the mountains up and downs. While traveling through the Smokey Mountains, they could reach out and touch the icicles on the side of the cliffs.

Billie was preceded in death by his parents and grandparents;  one son, James Jackson; one daughter, Yvonne Hinman-Vanderzon; two sisters, Juanita Jackson of Arizona and Margret Arnold of Sulphur Springs;  two granddaughters Lindsey and Meghan.

Funeral service will be held at 2:00 P.M. on Saturday, April 17, 2021,  at Murray- Orwosky Funeral Chapel with Dudley Goggans officiating. Visitation will be held one hour prior. Interment will be held at Emblem Cemetery with Matthew Irwin, Brandon Provost, Matthew Hinman, Jarrod Hinman, Ryan Hinman, Aaron Ty Jones and Lane Son serving as pallbearers.

To order memorial trees or send flowers to the family in memory of Billie Jackson, please visit our flower store.