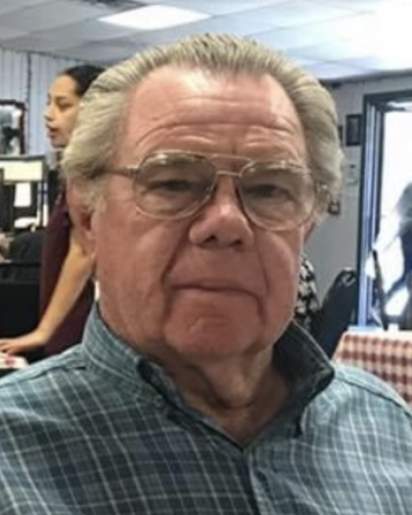 One day his mother was taking Mrs. Pounds, a coworker and friend home from the Bonanza school, when Billy happened to spot the most beautiful girl he had ever seen. He was around seven years old, and he told his mother that was the girl he was going to marry. On August 5, 1963, he did just that, when he married his wife of 59 years, Barbara Spinks.

Billy worked at L3 in Greenville for over 50 years. He was an outdoorsman; he loved walking through his pastures, taking care of his cattle, and sitting on his front porch watching the East Texas sunset. He was well known and had a high reputation among the coon hunting community. He competed in coon hunting competitions all over North America and was even featured in a few coon hunting magazines, namely The American Cooner (his favorite magazine) and Full Cry. Among this, one of his hobbies included breeding and training Walker Coonhounds, and he had a very sought-after bloodline. Above all, his greatest achievement was marrying Barbara and starting their family. His family was his pride and joy, and he loved when everyone was able to be together. Billy was a natural-born storyteller and loved sharing about his past with his grandchildren… even if it took hours, they loved every minute of it and would sit with their ears wide open hanging on to every word. His empty Coca-Cola bottle and favorite coffee mug sit beside his empty chair. While his family will never be able to fulfill his position, he lives on within them, in their hearts and minds.

He was preceded in death by his mother and daddy, stepdad Ozroe Burks, and many other extended family members.

To order memorial trees or send flowers to the family in memory of Billy Lynn, please visit our flower store.