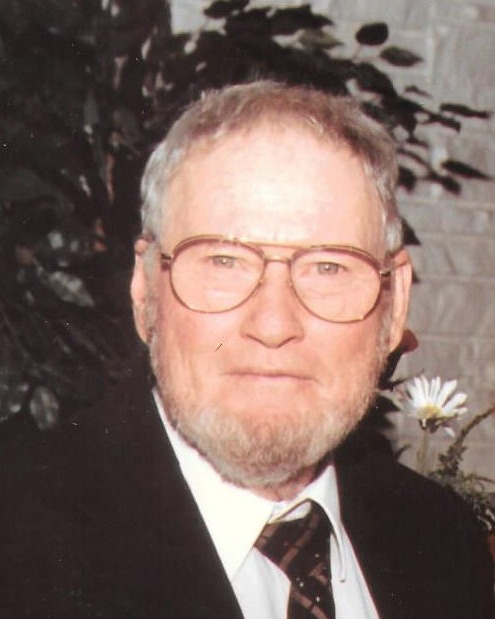 Funeral service for Bruce "Pops" Logan, age 94 of Dike, TX will be held at 11:00 A.M. on Friday, August 26, 2022 at Murray-Orwosky Funeral Home with Elder Dale Vreeland officiating. Interment will follow at Sulphur Springs City Cemetery with Russell Logan, Paul Logan, Mark Doughty, Joe Don Joslin, Asa Joslin and Pete Doughty serving as pallbearers. Visitation will be held from 6:00 to 8:00 on Thursday, August 25, 2022 at Murray-Orwosky Funeral Home. Mr. Logan passed away on August21, 2022 at Hospice of East Texas in Tyler.

Bruce was born on November 26, 1927 in Dike, TX to Ernest Asberry and Flora Pearl (Williams) Logan. He married Nellie Elizabeth Meadows on January 21, 1953 in Sulphur Springs, TX. Nellie preceded him in death. Bruce later married Arlene Donna Walbuck Doughty on January 28, 1978 in Rockwall, TX. HE was a veteran of the United States Army where he served in World War II and the Korean War. Bruce was a laboratory supervisor at Diamond Shamrock. He was involved with the Hopkins county Republican Party and was an election judge. He was a member of the Seventh Day Adventist Church in Terrell, TX.

To order memorial trees or send flowers to the family in memory of Bruce "Pops" Logan, please visit our flower store.