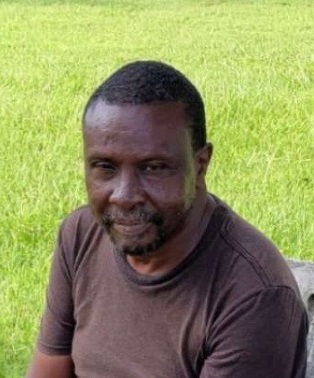 Funeral service for Buck Askew, age 60, of Sulphur Springs, TX will be held at 11:00A.M. on Monday, September 13, 2021 at Murray-Orwosky Funeral Home. Interment will follow at East Caney Cemetery. Masks are required to attend. There will be no formal visitation. Mr. Askew passed away on September 7, 2021 at his residence.

Lawrence Windell Askew, Jr (Buck) was born on August 15, 1961 in Sulphur Springs, TX to Lawrence Windell and Christine (Gray) Askew in Sulphur Springs, TX. He attended Sulphur Springs High School. While in school Buck was an outstanding basketball player. He graduated from Sulphur Springs High School in 1979. He accepted Christ at an early age. His caring spirit and nurturing heart could be felt by everyone he spent time with. He had a special gift for taking care of people in their last days of life. Buck was a lover of people and the great outdoors. He spent much of his time connecting with the community at the local park in Sulphur Springs, TX. His family and friends were always entertained by the way he told his stories. He was a hilarious man, finishing almost every story with his coined proclamation, “Imma bad man.” He will be truly missed.

Buck was preceded in death by his father Lawrence Windell Askew, Sr; his children who meant the world to him, Hurley Jerome Cork, Brandie Askew and Kevin Cork; his friend and brother-in-law Hubert Earl Crook, nephew Melvin Dewayne Abron, Jr “Lil Mel” and a host of aunts and uncles.

Your browser does not support this video format. You should be able to view it in Chrome, Safari or Internet Explorer.
To order memorial trees or send flowers to the family in memory of Buck Askew, please visit our flower store.