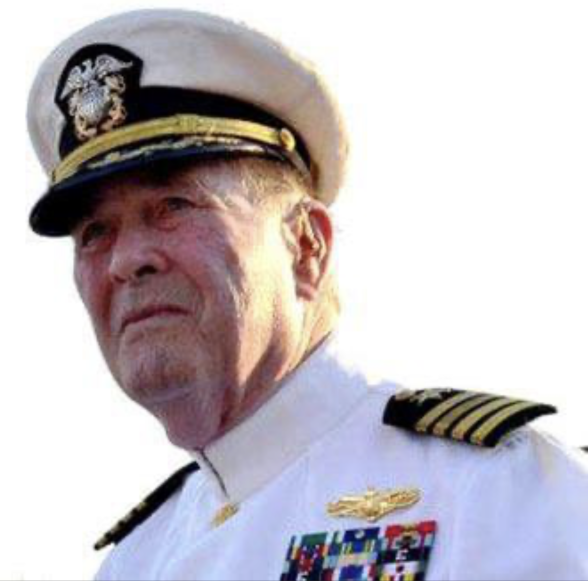 Funeral service for Captain Joe Reid Scott, age 87 of Sulphur Springs, TX will be held at 11:00A.M. on Friday, May 13, 2022 at Murray-Orwosky Funeral Home with Carla Cordova officiating. Interment will follow at Restlawn Memorial Park with Joby Scott, Bryson Scott, Ben Scott, Gabriel Cordova, Noah Post and Caleb Post serving as pallbearers. Honorary pallbearers will be the Plain and Fancy coffee group and Mr. Bill Williamson. Visitation will be held one hour prior to the service. Mr. Scott passed away on May 10, 2022 at Christus Mother Frances - Sulphur Springs.

Joe was born on October 4, 1934 to Wade and Freida Reid Scott. He married Betty Sue Vaughn on October 4, 1989 in Arkansas. He earned a Bachelor of Science in economics at East Texas State University and studied Defense Economics at Naval War College. Joe was veteran of the United States Navy. He worked as a former Intelligence Officer in the US Navy Reserve, former regional sales manager at Texas Instruments, owner and CEO at Miifax of North Texas, Owner and CEO at Scotty’s Liquor, Purchasing manager at Rockwell International and former Area Six Commander in the U.S Navy. He was the Hopkins County Veterans Officer for 19 years. Joe was a member of the Kiwanis Club, Masons, and the VFW post 8560.

Joe was preceded in death by his parents and daughter, Liza Elizabeth Scott.

To order memorial trees or send flowers to the family in memory of Captain Joe Scott, please visit our flower store.