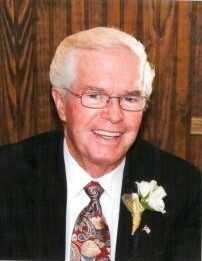 Funeral service for Cecil Joe ‘C.J.’ Davis, age 88, will be held at 2:00 PM on Thursday, January 27, 2022 at Murray-Orwosky Funeral Home with Chuck Davis officiating. Interment with military honors will follow at Mahoney Cemetery with his nephews serving as pallbearers. Visitation will be held one hour prior to the service. Mr. Davis passed away at his home on Saturday, January 22, 2022.

Cecil ‘C.J.’ was born on November 26, 1933 in Mt. Sterling, Texas to John Henry and Addie Lou (White) Davis. He spent four years in the U. S. Air Force from 1952 to 1956. After his tour of duty in the Air Force, he attended Texas Tech University and graduated in 1959 with a Bachelor’s degree in Mechanical Engineering. He married Diane Vickers on August 24, 1959. Following his graduation, he began a career at several companies – RCA, Control Data Corporation, Texas Instruments. He was elected to a TI Fellow position for major contributions to the automation of electronic chip manufacturing with more than 75 patents issued to TI from his work. He retired from TI in 1995 to spend time with his family and on his farm in Mahoney. He was a long time member of Mineral Heights Baptist Church in Greenville, Texas.

C.J. is preceded in death by his parents and by his brothers John Jr. Davis and Charles (Clayton) Davis.

To order memorial trees or send flowers to the family in memory of Cecil "C.J" Davis, please visit our flower store.