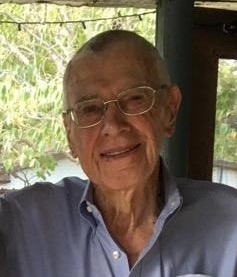 Funeral service for Charles Arthur Stewart, age 95, of Cumby, will be held at 11:00 A.M. on Thursday, March 12, 2020 at Murray-Orwosky Funeral Chapel.  Interment will follow at 3:00 P.M. at Restland Cemetery, with the Dallas Fire Department ringing the last bell.  Visitation will be held one hour prior to the service.  Mr. Stewart passed away on March 5, 2020 at Town East Rehab, Mesquite, TX.

Charles was born on August 24, 1924 to William A. and Josephine Stewart in Tira, TX.  He served in the US Marines and was part of the Pacific Theater during WW II.  Charles was a retired Captain of the Dallas Fire Department and a Mason.

To order memorial trees or send flowers to the family in memory of Charles Stewart, please visit our flower store.