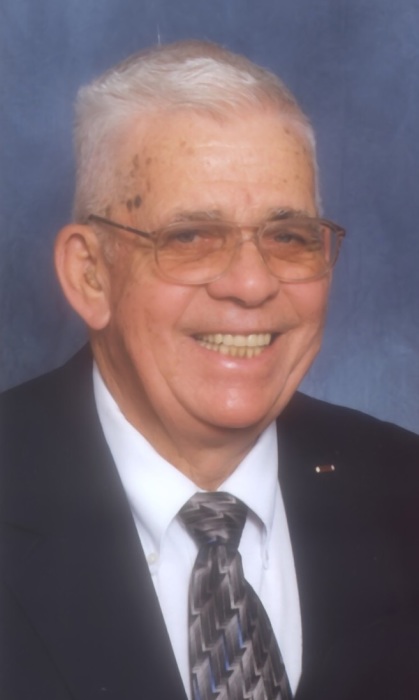 Funeral service for Colonel Grady Fisher, age 87, of Winnsboro, will be held at 11:00 A.M. on Monday, January 21, 2019 at Central Christian Church in Winnsboro with Kevin Hollowell officiating.  Military Honors will be provided by the Hopkins County Military Coalition. Interment will follow at the Arlington National Cemetery in Arlington, VA at a later date. Honorary pallbearers will be his former students. A visitation will be held from 5:00-7:00 P.M. Sunday, January 20, 2019 at Central Christian Church in Winnsboro. Col. Fisher passed away Friday, January 18, 2019 at Carriage House Manor in Sulphur Springs.

Grady Frank Fisher was born on May 27, 1931 in Paris, TX to Robert Grady Fisher and Florence Evelyn (Grimes) Fisher. He married Sandra Jean Bunn on February 9, 1958 in Nashville, TN; she survives. Col. Fisher was a retired officer in the United States Air Force, serving in Korea and Vietnam. After retirement from the Air Force, he taught agriculture at Winnsboro High School and later did his own farming.  Col. Fisher was a member of Central Christian Church in Winnsboro and former President of the Sharon Water Board.  Mr. Fisher held a Bachelor’s Degree in Agriculture from East Texas State University and a Master’s Degree from San Diego State University.  In the early 1950s, he piloted the photographers over the Enewetak Atoll during atomic testing. While an officer in the United States Air Force, Colonel Fisher earned many medals of distinction and commendation, including the Combat Readiness Medal, Meritorious Service Medal, and the Distinguished Flying Cross.  He also served his country as the first Commander of the 5040th Helicopter Rescue Squadron at Elmendorf AFB in Alaska.  Colonel Fisher was the Flight Commander/Forward Operating Base Commander in the Republic of Vietnam.  His final assignment was as Professor of Aerospace Studies and Commander AFROTC Detachment at North Texas State University.

Memorials can be made to the Hopkins County Military Coalition, P.O. Box 699, Sulphur Springs, TX 75483.

To order memorial trees or send flowers to the family in memory of Col. Grady Fisher, please visit our flower store.