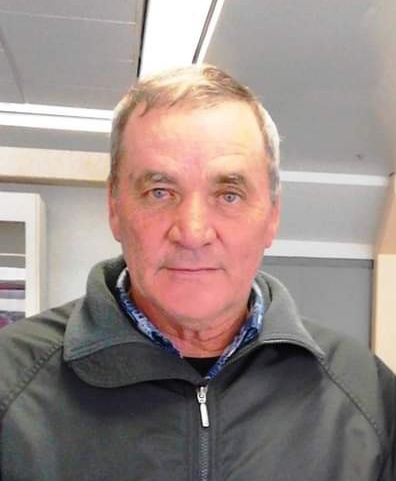 He was born February 28, 1954 to Earnie and Dorothy (Clayton) Johnson in Sulphur Springs, Texas, the youngest of four children. As a child in grade school, he learned about the Philippines and thought he wanted to visit that country.  In 1973, he joined the Air Force and became stationed in the Philippines where he met his future wife, Edovenia Johnson.

He returned to the US in 1975 and started his family in Sulphur Springs working as a truck driver for Grocery Supply Company before going to drive for Walmart in 1995.  In 2004, he became an independent contractor working for Kellogg, Brown and Root and then Pacific Architects and Engineers in Iraq. He spent almost 16 years working in Iraq in various capacities for the Department of Defense and Department of State (with a short break around 2015-2016) and was ready to retire when his contract was up in March 2021 to come home and spend time with the family who missed him and eagerly awaited his return.

Curtis is survived by his wife of 47 years Edovenia Johnson, daughter Leizel Nichols and husband Jared Nichols, son Rizalde Johnson and fiancee Ismeralda Zapata, brothers Joe Lee and Jerry Johnson, sister Patricia Coleman, six grandchildren, one great grandchild and many beloved nieces and nephews and their spouses, children and grandchildren.  Curtis was a loving father, grandfather, husband, and friend to so many.

He will be missed by not just family but the numerous people he worked with over the years.  His sense of humor and his generosity endeared him to many.  He lived a full life regardless of hard times, and there will be moments when someone somewhere will smile or even laugh when they think of one of his quick-witted comebacks or remember some story he told about something silly that he did. He was a king of the dad joke and bad pun, and he was loved for it.

To order memorial trees or send flowers to the family in memory of Curtis Johnson, please visit our flower store.