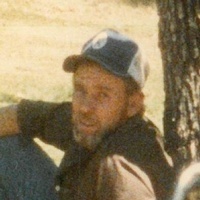 Funeral service for David Bascom Anders, age 72, of Quinlan will be held at 2:00 P.M. on Saturday, August 25, 2018 at Murray-Orwosky Funeral Chapel with Shanon Salsman officiating. Interment will follow at South Liberty Cemetery with Steven Shotwell, Cody Sewell, Justin Graves, Danny Anders, Wesley Anders and Jarrett Sitton serving as pallbearers. Visitation will be held from 6 to 8 PM on Friday, August 24, 2018 at Murray-Orwosky Funeral Home. David passed away on August 20th, 2018.

David Bascom Anders was born in Sulphur Springs, on March 4, 1946 to Garland and Irene Anders. He was the husband to Veta Anders and they shared 53 years together. David was a rancher, mechanic and welder. He was a very hard worker and did what he had to do for his family. David was a loving husband, and devoted Dad to his 3 girls, grandkids and great grandkids. He was saved on March 27th, 2016.

“Do not let your hearts be troubled. You believe in God[a]; believe also in me. 2 My Father’s house has many rooms; if that were not so, would I have told you that I am going there to prepare a place for you? 3 And if I go and prepare a place for you, I will come back and take you to be with me that you also may be where I am. 4 You know the way to the place where I am going.”

To order memorial trees or send flowers to the family in memory of David Anders, please visit our flower store.