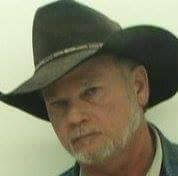 Funeral service for David Lee Williams, age 62, of Como, TX will be held at 11:00 A.M. on Friday, September 6, 2019 at Weaver Baptist Church with Tom Friday officiating.  Interment will follow at Shooks Chapel.  Visitation will be held from 6 to 8 PM on Thursday, September 5, 2019 at Murray-Orwosky Funeral Mr. Williams passed away on Monday, September 2, 2019 at Hospice of East Texas, Tyler.

David Lee was born on August 27, 1957 in Sulphur Springs, Texas to James Earl Sr. and Estahmae Williams.  David served in the US Army and was a retired Truck Driver.  He was of the Baptist Faith.

To order memorial trees or send flowers to the family in memory of David Williams, please visit our flower store.