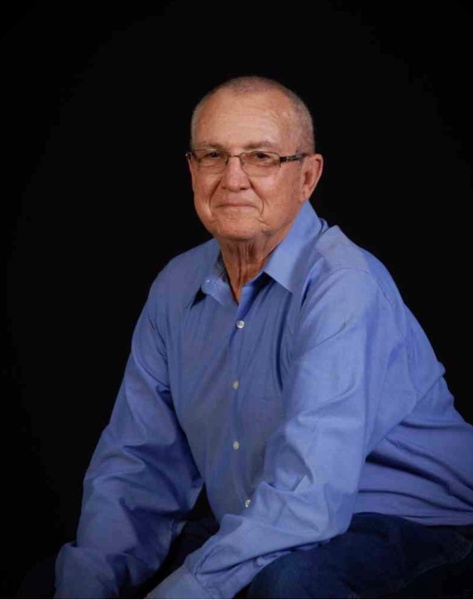 A Celebration of Life for Charles “Dwayne” Richard, age 74 of Sulphur Springs, TX, will be held at League Street Church of Christ on Saturday, October 27, 2018 at 1:30 pm. Dwayne passed away on Thursday, October 25th after a battle with Alzheimer’s and cancer.

Charles “Dwayne” Richard was born on July 25, 1944 in Ada, OK to Charles James Richard and the former Era Mae Goodpasture. He graduated from Latta High School in 1962 and enlisted in the US Navy in 1966. He married Sandy Standridge on April 28, 1966 and after their marriage, Dwayne was stationed at Point Mugu Naval Air Station in CA where he served on the USS Hornet and sailed the world during the Vietnam War. While in the Navy, Dwayne also received training as a radar and tower air traffic controller. After his enlistment, he returned to Ada, OK to finish school at East Central College with a Bachelor’s degree in Science. Dwayne was hired in 1973 by the FAA and moved to Great Falls, MT to start what would become a 22-year career as an air traffic controller.  He moved with the FAA to Salt Lake City, UT before settling down in Quartz Hill, CA in 1978. He retired as an area manager from the Palmdale ATC Center in 1995. In 1991, Dwayne also invested in a small reptile business which grew over the years. Snakes were surprisingly a big business and in his retirement he travelled all over the US to various snake shows. He loved to relax with his family in an overwater bungalow in Moorea, Tahiti and on yearly house boating trips to Lake Powell.  Dwayne was a member at the League Street Church of Christ since his baptism in 2006.

He is survived by his wife Sandy Richard; son Jason Richard and his wife Molly and children, Lily, Burke and Daphne of Long Beach, CA; daughter Kristi and her husband Colonel David Henshaw and daughters Madilyn and Morgan of Arlington, VA; daughter Jessica and her husband Adam Bright and son Preston of Bayfield, CO; sister Martha Penisten and her husband Jerry of Moore, OK; sister-in-law Lesa Irick of Sanger, CA; brother-in-law Rick Standridge and his wife Charlene of Washington, UT; and numerous nieces and nephews.

Memorials can be made to the Alzheimers Association at www.alz.org and to the League Street Church of Christ Youth.

To order memorial trees or send flowers to the family in memory of Dwayne Richard, please visit our flower store.