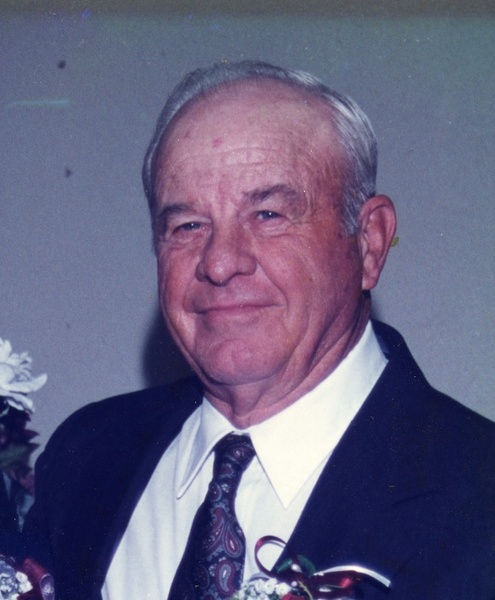 Funeral service for George Bassham, age 94, of Sulphur Bluff, will be held at 11:00 a.m. on Thursday, January 9, 2020 at Murray-Orwosky Funeral Chapel.  Interment will follow at Sulphur Bluff Cemetery.  Mr. Bassham’s grandsons will officiate the memorial and serve as pallbearers.  Honorary pallbearers are the Sulphur Bluff Cemetery Association Board members.  Visitation will be held from 5 to 7 p.m. on Wednesday, January 8, 2020 at Murray Orwosky Funeral Home.  Mr. Bassham passed away at his home on Saturday, January 4, 2020.

George Alison Bassham was born on February 15, 1925 in Sulphur Bluff, Texas, the only son of Oliver M Bassham and Flonnie Ann Emerson.  After graduation from Sulphur Bluff High School, he married Bonita Lou Kiker on November 6, 1944 in Sulphur Springs.   A veteran of World War II, he served honorably in the Army Air Corps from 1944 to 1946.  He later worked at Rockwell International for 30 years and was also a rancher.  He was of the Methodist faith and served many years as president of the Sulphur Bluff Cemetery Association.

Mr. Bassham was preceded in death by his parents and sisters, Wanda Singleton, Myrtis Prather, and Ollie Bell Holley.

Memorials may be made to the Sulphur Bluff Cemetery Association.

Arrangements are under the direction of Murray-Orwosky Funeral Home.

To order memorial trees or send flowers to the family in memory of George Bassham, please visit our flower store.