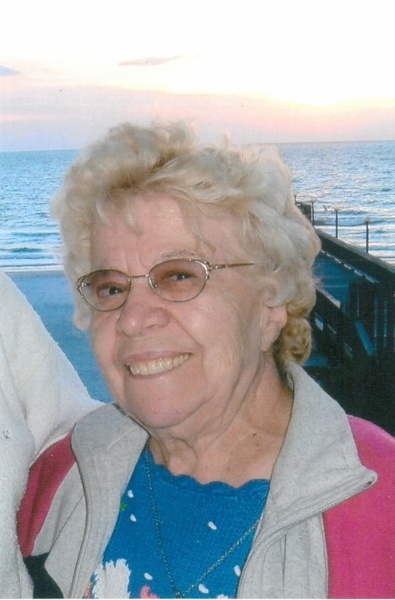 Irene Anderson, 93, of Mount Vernon, Texas, died Thursday, December 19, 2019, at Christus Mother Frances Hospital in Sulphur Springs, Texas. Memorial services will be held at 1:00 p.m. Saturday, January 18, 2020 at Hope Family Fellowship. A reception/lunch will begin at 11:30 before the service.

Mrs. Anderson was born on January 10, 1926, in Chicago to Anton and Anna (Povasniak) Voyensky. She grew up and was educated in Chicago. In her early 20s, she was employed as a personal assistant and lived in several places around the United States, such as Florida and New Mexico. Later, her travels would take her to Northwest Iowa, where she would meet and eventually marry Mervin Brott on July 15, 1950, in Spirit Lake, Iowa. The two would have eight children together and live in many areas around the country. Early in her married life, she came to a saving faith in Jesus Christ which changed her life.

After her first marriage ended, Mrs. Anderson was remarried, this time to Raymond Anderson on September 30, 1978, in Huron, South Dakota. The couple would make their home there until 1984, when they moved to Sulphur Springs, Texas. After her husband died, Mrs. Anderson moved to New Port Richey, Fla., where she lived for four years with older brother Andy. After his death, she returned to live in Texas, eventually settling to live with her dear friend Chris Beach.

She was preceded in death by her parents; two daughters, Lorraine, at birth, and Sally Scharping; three brothers: Jack Nichols, Tony Nichols, and Andy Nichols; three sisters: Annie Michols, Helen (Sister Mary Katherine of the Dominican Order), and Elizabeth Lunsford; a grandson, Dustin Brott, and both of her husbands.

To order memorial trees or send flowers to the family in memory of Irene Anderson, please visit our flower store.