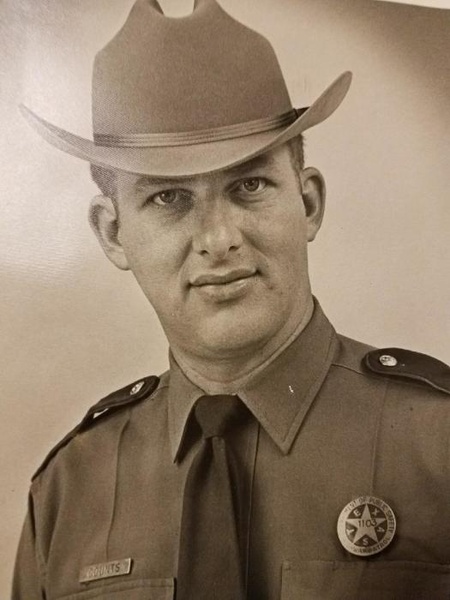 Memorial Service for Jack Counts, age 76, of Sulphur Springs, TX will be held at 2:00 P.M. on Sunday, October 28, 2018 at Murray-Orwosky Funeral Chapel with Jerry Savage officiating. Visitation will take place one hour prior to the service.  Jack passed away on Thursday, October 25, 2018 in Dallas.

Jack was born on March 25, 1942 in Stanford, TX to Clyde and Bobby Counts. He attended Midwestern University in Wichita Falls.  Jack married Anita Sewell in 1991.  He served 20 years in the Army National Guard.  Jack retired from the Texas Highway Patrol in 1998 after 30 years of service.  Jack was a member of League Street Church of Christ.

He is survived by his wife, Anita; daughters, Diane Verchio and Angela Carr and husband, Brad; grandchildren, Joey and Gracie Verchio, Braden, Trenton and London Carr; nephew, Tony Sewell and wife, Holly and their children, Lilly and Brock; brother-in-law, Troy Sewell, numerous other family and friends.

The family would like to request that memorials be made to the Hopkins County Veterans Memorial at PO Box 533 Sulphur Springs, TX 75483.

To order memorial trees or send flowers to the family in memory of Jack Counts, please visit our flower store.