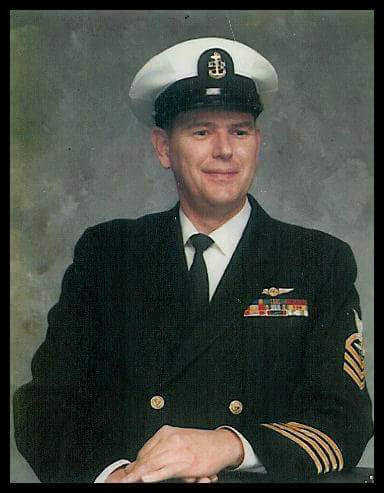 Jackie Karem Maddox of Seaford, Delaware, passed away August 28, 2020. He was born on January 30, 1936 in Sulphur Springs, Texas and was the son of Clyde and Ruby Maddox who preceded him in death.

After graduating from Sulphur Springs High School, Jack attended two years of college at East Texas State Teachers College in Commerce, Texas. He enlisted in the Navy in 1956 and served on the Cruiser USS Providence and the Carrier USS Lake Champlain as well as several Aviation Squadrons in the Atlantic and Pacific Fleets. He is a veteran of the Vietnam War and was awarded several commendations. He retired from the Navy in February, 1978.

After leaving the Navy, Jack was hired by Leeds & Northrup Instrumentation Company in North Wales, Pennsylvania where he worked in the training department as a Training Specialist for twenty years.

Jack and his wife retired to Seaford, Delaware in 2000 where he became an avid golfer and enjoyed working in his yard, in which he took great pride.

He is survived by his wife, Eva, his two children, Vicki Newsom (Jack) and Bryan Keith Maddox (Toni), a sister, Necye McCrory of Austin, Texas, a niece, Lauralee Courtney and a cousin Wilma Shipley of Burnet, Texas.

Jack is also survived by four step-children he loved as his own: Kristi Wile (Daniel), Rodney Bosh (Janine), Daniel Bosh (Christina), and Sherry Thompson, all in Pennsylvania.

Interment will be at Millsboro Veterans Memorial Cemetery with Military Honors.

To order memorial trees or send flowers to the family in memory of Jack Maddox, please visit our flower store.