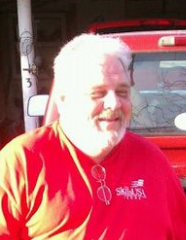 Memorial visitation for Tony Glasscock age 64, of Tyler will be held from 1 to 4  of passed away on October 22, 2020, after a sudden illness. He was born in Mineola TX on November 8, 1955.  There will be no funeral or memorial service as his beloved wife is carrying out his wishes.

After Tony graduated from Mineola High School, he moved to Dallas in 1974. He worked for Ellis M Skinner Marble and Granite Construction, Inc as Construction Specialist for 30 years. After his career in Dallas, he went to Texas A&M University majoring in ag specialist. Once he obtained his diploma, he became an ag teacher in Como TX, and his students loved him.

Tony was a loving and caring husband to his wife Mary. The two of them loved karaoke and spent many hours entertaining people. When it came to singing, Tony was blessed with a rich voice everyone enjoyed listening to. He was a giving and gracious man who had a wonderful sense of humor.  Tony enjoyed cooking out.  He considered himself a rich man because he had so many friends. Everyone who knew Tony loved him. He enjoyed working with wood and built many beautiful pieces. He belonged to the Episcopal Church.

Tony was preceded in death by his parents, Homer and Aliece Glasscock, sister Mary McCann, and Donna Glasscock, the mother of his two sons.

Memorial contributions may be made to the American Cancer Society, 100 Independence Place; Suite 201, Tyler TX 75701.

Tony was a great man and the best friend you could have. He was not afraid of hard work. The best memory I have of Tony is how he treated me when I returned from my first deployment. At that time being in the military was not cool. People hated us, but not Tony. He gave me the best welcome home party. He didn’t care who you were or what race you were. He welcomed my wife from Asia as if she was a long lost sister. When a man treats you like that, you never forget him.

Tony was my friend, I should say best friend and brother. It's hard to believe he's gone.. I don't think there has been a week in 51 years that Tony and I didn't talk on the phone. Tony's sense of humor was unmatched. He kept me laughing and I still laugh at the crazy times we had together.. We went to several parties in our life and Tony was always the center of attention with his crazy insulting humor.. At first people didn't know how to take him but within minutes he had everyone rolling and laughing. I would hurt from laughing at his humor! I could write a book about our adventures together. I spoke to Tony the day of his heart surgery never considering that would be the last time we would talk.. I expected he would be back to his old self again in a few weeks and we would be singing again. There are many good memories of Tony.. It was a total shock for me to hear he passed away. Tony was a true friend.. I will miss you brother...Jeff Redding...

To order memorial trees or send flowers to the family in memory of James Anthony (Tony) Glasscock, please visit our flower store.