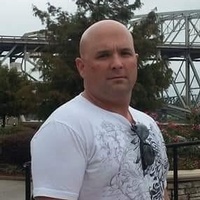 Jarrod Kyle Friddle was born on October 1, 1977 in Tyler, Texas, the son of David Friddle and Opal Price. He married Carrie Katchinska on June 23, 2012 in Commerce, Texas. Jarrod’s passion for helping others compelled him to become a police officer. He was an amazing husband, father, son, brother and friend. His children were his whole world.

League Street Church of Christ
To order memorial trees or send flowers to the family in memory of Jarrod Friddle, please visit our flower store.