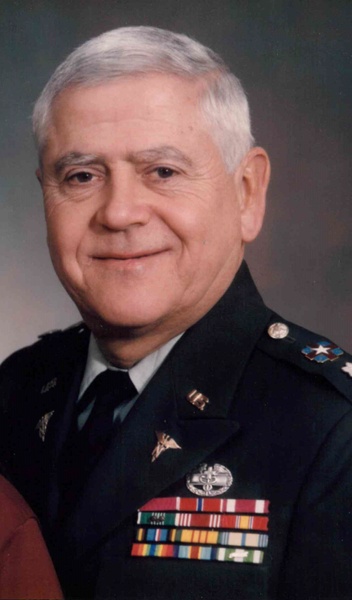 UPDATE - Committal at the DFW National Cemetery in Grand Prairie, Texas will take place at 11:30 AM on Thursday, August 25, 2022.

Funeral service for Jerry Hanna, age 84 of Sulphur springs, TX will be held at 2:00 P.M. on Saturday, August 13, 2022 at Murray-Orwosky Funeral Home. Visitation will be held on hour prior to the service. Interment will be held at a later date at the DFW National Cemetery. Mr. Hanna passed away on August 10, 2022 at Christus Mother Frances – Sulphur Springs.

Jerry was born on September 27, 1936 in Dallas, TX to Dr, W.M Ray and Mary Ada (Williams) Hanna. He married Marca Jean Ellis on January 29, 1993 in Hugo, OK. Jerry was a Lieutenant Colonel in the United States Army. He served in the Vietnam war, Grenada War, and Mid East war. Jerry received his RN and BSN at TCU. He was a Certified Registered Nurse Anesthetist in the Army for 27 years. He worked in many civilian hospitals during that time as well. Jerry lived coast to coast in the United States and in five foreign countries. He was also a CRNA in civilian life for 16 years. Jerry was a member of the American Associates of Nurse Anesthetist and St Philips Episcopal Church.

He is survived by his wife, Marca; daughter, Holly Boros; son Jay Hanna and Patrick Eady; cousin, Coby and Clift Barkley; a niece Shelia and children, D.J and Heather.

To order memorial trees or send flowers to the family in memory of Jerry Hanna, please visit our flower store.