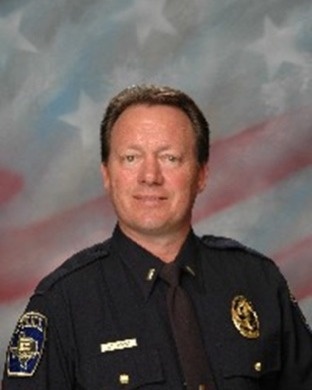 Memorial service for Mark Young, age 63 of Sulphur Springs, Texas will be held at 11:00 A.M. on Wednesday, September 28, 2022 at Murray-Orwosky Funeral Home. Visitation will be held one hour prior to the service. Mr. Young passed away on September 17, 2022 at his residence.

Mark was born on December 6, 1958 in Tulsa, Oklahoma to Harold and Dean (Henderson) Young. He earned his bachelor’s degree at Dallas Christian College. Mark started out as a dispatcher for the S.S. P. D. where he worked his way up to patrolman. He then became a Police officer for the Farmers Branch Police Department where he became the Deputy Chief of Police. Mark worked as an officer for over 40 years. He was also a graduate of the FBI National Academy.

He is survived by his son, Key Young and wife, Ashley; grandchildren, Penelope and Greyson Young; sisters, Linda Potts and Annette Worsham.

Mark was preceded in death by his parents, Harold and Dean.

To order memorial trees or send flowers to the family in memory of Mark Young, please visit our flower store.