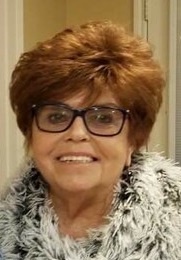 Funeral service for Mona George age, 91 of Fate, TX will be held at 11:00A.M. on Monday, October 4, 2021 at Murray-Orwosky Funeral Home with Phil Dacey officiating. Interment will follow at Ridgeway Cemetery with Doug Woolf, Cameron Woolf, Clayton Dacey, John George, Jacob George and Allen Bocanegra serving as pallbearers. Visitation will be held one hour prior to the service. Mrs. George passed away on September 30, 2021 at her residence.

Mona was born on August 29, 1930 in Commerce, TX to Howell Emerson and Geraldine (Patterson) Emerson. She married Jesse A. George on July 16, 1949 in Denton, TX. She worked as a homemaker, also at Lou Nells in Sulphur Springs. She also was a Ranch Forman with Tres Robles Simentals. Mona was a member of the Church of Christ.

To order memorial trees or send flowers to the family in memory of Mona George, please visit our flower store.