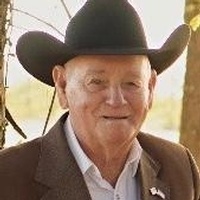 Octave Woods was born on July 5, 1931 in Peerless, TX, the son of Edgar and Golden Woods. He married Linell Barrett in Hopkins County on July 4, 1954. Octave served in the U.S. Army during the Korean War. Throughout his lifetime, Octave worked as a tractor mechanic, salesman at the Banks Company, Gillis Construction, Hopkins County Commissioner, Dairyman, Wingo Feed, and a rancher all his life. Octave was a past member of Miller Grove School Board and Miller Grove Water Board. He was of the Baptist Faith.

Pippin and Hill Cemetery
To order memorial trees or send flowers to the family in memory of Octave Woods, please visit our flower store.