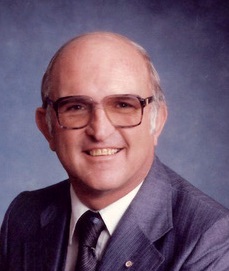 Olen Ray Petty, long time City Manager and cattle rancher died May 20,2020 in Sulphur Springs, Tx at the age of 83.

Olen was born on January 26th, 1937 in Pettit, Texas to Troy Otto and Eva Mae (Holmes) Petty, long time educators in Hockley County, Texas.  Shortly after he was born, his parents moved Olen, his twin sister Gloria Mae and older brothers Gwendolyn and Troy to Levelland, where the family was raised and graduated from High School.

Olen’s roots in Texas were deep. His grandmother and grandfather were educators and merchants in the area known as Long Hollow near Marquez, Texas where the family faithfully gathered each year for the Petty family reunion. Olen thoroughly enjoyed bringing his family to the reunion and catching up with his aunts and uncles and cousins.

Following graduation from High School, Olen attended Texas Tech University where he, like his father before him became a Red Raider, receiving a bachelor’s degree in public administration. Olen’s passion for government began in his college years where he was invited to intern at the US Capitol for US Representative George Mahon. His internship for Representative Mahon provided an opportunity to meet and spend time with many future leaders of Texas and of the United States including US Speaker of the House, Sam Rayburn.

While Olen was in Washington, his father, Hockley County  School Superintendent, Troy (T.O.) began working with other Levelland leaders on the idea of building a junior college in Levelland.  Olen enthusiastically returned home and immediately decided to run for State Representative to help accomplish the goal. He was elected in 1961 at the ripe old age of 23 making him one of the youngest State Representatives in Texas history.  One of his first votes cast in the legislature was to create South Plains Junior College in Levelland. Olen served two terms in the legislature and became a champion for junior colleges and cities throughout the State.

Following his legislative service, Olen followed his dream to become a city manager and was appointed City Manager of Floydada, Texas beginning a city management career that would take eventually take him to Tulia, Mineral Wells, Sulphur Springs, Deer Park and Conroe. Even after his retirement, Olen stayed in City Management becoming interim City Manager for Corinth, Bonham, Giddings, Clyde, and Comanche. His city management career spanned 52 years. In every city he served, he made many lasting friendships. His devotion and service to city employees endured until the end and the affection was always returned.

While City Manager of Sulphur Springs, Olen met Virginia Craig and found his one true love. Olen and Virginia were married in 1975 and spent the next 45 years together racing from one end of the state to the other working for Texas cities and always raising cattle on the side.

Olen was a faithful, committed husband, loving father and proud grandfather and great-grandfather. His smile was always the biggest around children. He spent hours and hours in backyard football games after work with family and neighborhood kids where he ALWAYS played quarterback. He loved watching football games and old westerns and eating butter pecan ice cream (despite his diabetes Dr’s urgings to the contrary). He thoroughly enjoyed the outdoors, and spending time on the ranch driving the tractor and working cows. Despite hundreds of thousands of miles driving Texas highways, Olen was quick to remind his family that he never received a speeding ticket.

He came to know Christ at an early age at First Baptist, Levelland where he attended with his parents. He loved hymns and attended church in each of the communities he served.  After he became too sick to remain home and moved to memory care in Keller, he faithfully attended Countryside Bible Church  with Trent and Mary and the boys and often remarked how much he loved hearing the gospel message.  Even up to the end, Olen would copy pages of scripture on his desk pad as part of his daily routine.

Olen was preceded in death by his mother and father Troy and Eva Mae, two brothers Gwendolyn Otto and Troy Ira Petty. and his twin sister Gloria Mae Huddleston.

Olen will be laid to rest at the Rest Lawn cemetery of Sulphur Springs on Wednesday, May 27 at 2 pm  under the draping of the Texas flag in honor of his service in the Texas legislature.  Because of the COVID 19 pandemic, grave side services will be observed for immediate family only, but a formal celebration of Olen’s life will be conducted by his family after the health crisis has passed.

In lieu of flowers, the family requests that donations be made to Alzheimer’s Association of Texas, The  Texas City Managers Association or Cal Farley’s Boy’s Ranch in Olen’s honor.

To order memorial trees or send flowers to the family in memory of Olen Petty, please visit our flower store.