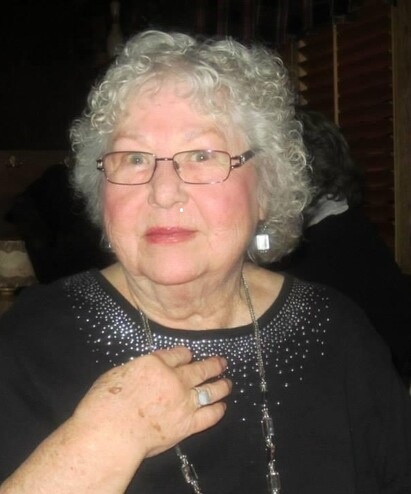 Patsey E. Gemar was born January 14, 1935 to Monard and Fannie Pearl (nee Black) Leewright, in Dike, TX, an unincorporated town in Hopkins County. In 1945 Patsey moved with her family from northeast Texas to California. She grew up in Lindsay, CA. After her marriage to first husband, Clarence DePew, she lived in several California cities, Vallejo, San Diego, Oxnard, Inglewood, Los Angeles, Davis, Palo Alto, Placerville, Lake Tahoe and Sacramento.  Patsey worked as a Loan Officer for the Bank of America during her time in California and retired after 20 years. In 1994 Patsey and her 3rd husband, Wayne Gemar relocated to Springdale, AR, where they lived until 2014, at which time they relocated to Highland, IL. She and Wayne spent two years covering all the states west of the Mississippi River and some of Canada in their RV; including Wisconsin, Illinois, British Columbia and Alberta Canada to name a few.  Patsey was also a member of the Collinsville Church of Christ. Her favorite past time was doing genealogy research.

Memorials may be made to the donor’s choice.

To order memorial trees or send flowers to the family in memory of Patsey Gemar, please visit our flower store.