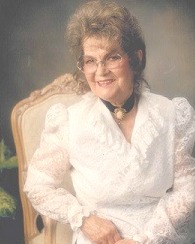 Patsy Ruth Smith Allen was the only daughter born to Eskridge and Ruby Dell Smith, on January 18th, 1918, at the family farm in Pickton, Texas.  After a long and prosperous life, she passed peacefully at her home on Friday, October 14, 2022, with her loving family at her side.

Being raised on a farm in her early life, she was taught the value of hard work and keeping Godly values in the forefront of her mind.  The Spirit of God moved mightily in the community where they lived, and in the early 1930s Pentecost was rapidly growing there.  Her desire to serve God caused her to seek an education to further a life of ministry of the Gospel of Jesus Christ.

In 1935, at the age of 17, she went to Glad Tidings Bible Institute in San Francisco, California.  Before leaving for California, she met the love of her life, Marvin Cletus Allen, who was also from Harmony community.  He also went to the same college and there they committed themselves to each other in marriage in 1936.  Then, they began a wonderful life of ministry that reached around the world.

Cletus was Ordained as a Minister into the Assemblies of God in 1939; then, Ruth was Ordained as a Minister in the Assemblies of God in 1946. Together they served across the United States, coast to coast.  They planted churches, pastored long terms at others and at times served as traveling evangelists and missionary- evangelists in other countries.  For more than 80 years she has served faithfully to carry out her calling.

While traveling to minister in youth camps, rallies, revivals, prisons and other campaigns, near and far, she would take teams of girls to minister with life-example skits, puppets and music.  Some of these teams visited South America and Hawaii, to minister with her.

Ruth traveled to five continents, and one of her most memorable trips was to Pakistan, at the age of 85.  The legacy that she leaves will live on in the hearts and lives of those she touched around the world and for eternity.

There are many highlights to be mentioned about Ruth.  Her 104 years of life were filled with anticipation, excitement, travel and making a difference in the world.  After her days of travel were complete, she spent her time writing, sending letters of encouragement, raising money for mission projects, and doing anything she could to help another soul in need.

Ruth was inducted into The Daughters of the Republic of Texas by lineal descent of Thomas W. Stokely, her third great grandfather who fought in the Revolutionary War at the Battle of San Jacinto.  Quite possibly, she is the eldest inductee with this honor.

Global Christian Fellowship of Oklahoma City, Oklahoma awarded Patsy Ruth Allen an Honorary Doctorate of Divinity, for recognition of years in Ministry of the Christian Faith, with Honors, Privileges, and Responsibility of the Degree.

There is seemingly no way to fully encapsulate her life-story adequately with a few paragraphs, but to those who knew Patsy Ruth Allen, there will always be a memory, or a thought, that will bring a smile and warm your heart.  She will live on through those she touched.

She is preceded in death by her husband, Marvin Cletus Allen; her parents, Eskridge and Ruby Dell Stokely Smith; two brothers, Walter Bascum Smith and Harold Smith; and one grandson, Tre Briscoe.

“Precious in the sight of the Lord

To order memorial trees or send flowers to the family in memory of Patsy Ruth Allen, please visit our flower store.