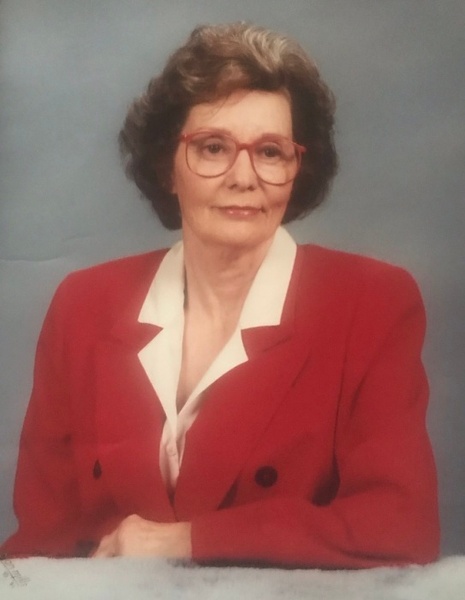 Patsy Ruth McClain, beloved mother, grandmother, and great-grandmother, passed away Thursday Jan
9, 2020. She was born on September 1, 1927. Funeral Services will be held on Sunday, January 12, 2020
at 2:00 P.M. at Spence Chapel in Sulphur Springs with Rev. Fred Lewis officiating. Visitation will be
held one hour prior to the service at Spence Chapel.

Her parents were John D and Catherine Rhodes. Patsy graduated from Sulphur Springs HS in 1945.
After high school she married Robert A McClain also of Sulphur Springs. Their son, Jon, was born in
Shreveport in 1956. They eventually settled in San Antonio for the next 20 years. After Robert retired
from the JC Penney Company they returned to Sulphur Springs. When her husband passed away in
1988 Patsy became involved in the Republican Party. She was county campaign director for George W.
Bush in both his gubernatorial and presidential elections. She served as the Republican county chair and
president of the Republican women’s club in Hopkins County.

She is survived by her son Jon McClain and his wife Sherra, grandchildren Robert McClain (wife
Lindsey), Kelly McClain and Will McClain, 3 great-grandchildren, Ryder, Caden and Olive McClain.

In lieu of flowers, the family would like to request that donations be made to Samaritan's Purse.

To order memorial trees or send flowers to the family in memory of Patsy McClain, please visit our flower store.