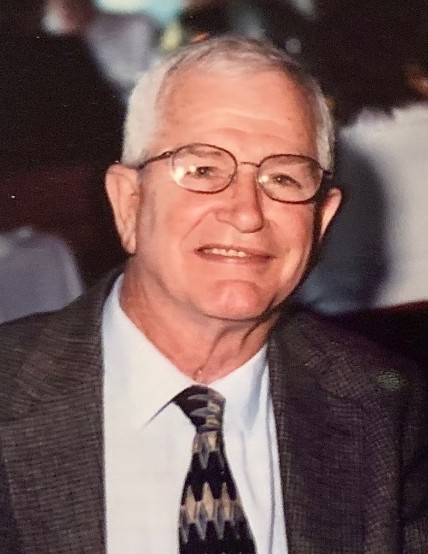 Funeral service for Paul Burt, age 83, of Sulphur Springs, TX will be held at 2:00pm on Wednesday, January 13, 2021 at First Baptist Church of Sulphur Springs, Spence Chapel with Rev. Fred Lewis officiating.  Visitation is 1 hour prior to service. Interment will follow to a private graveside service. Paul Ivan Burt passed away on January 9, in his home surrounded by his family.

Paul was married to his bride, Paula, for 53 years. They raised their two children in Plano, Texas where they lived for 33 years before retiring to Sulphur Springs in 2000. Paul worked for the Richardson Postal Service as a letter carrier for 30 years and had a contract paint business for many years after officially retiring. Paul also served our country as a member of the Army Reserve.

Paul was an elder at First Christian Church in Richardson for many years, taught adult Sunday School classes, served as Chairman of the Board for several years, and was a member of the choir, in addition to singing in a men’s quartet. Paul and Paula joined First Baptist Church in Sulphur Springs in 2001. He was a member of the adult choir and served as the song leader in his Sunday School department.

Paul always loved music and singing and enjoyed singing in a men’s quartet during his time at TCU. He could always be heard singing or humming a tune and was a whiz at recalling song lyrics from years past. He was an avid reader, loved golfing, and during his younger years it was not unusual for him to carry his mail route and then play 18 holes of golf with his golf buddies. Paul was also a gifted writer and poet. He was quite the wordsmith. He loved his family dearly and took his responsibility as spiritual leader seriously. Paul was a wonderful example of a Christ follower, and he and his wife were instrumental in planting seeds of salvation in the hearts of their children. Paul loved to give, and he gave of himself often.

In lieu of flowers, donations may be made to:

To order memorial trees or send flowers to the family in memory of Paul Burt, please visit our flower store.