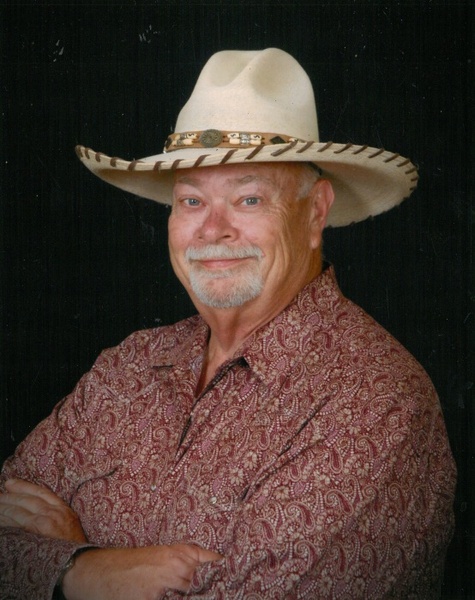 Ronnie Lee Day was born December 1, 1950 in Dublin, Texas to Claudie Lee Day and Vivian Naomi Maines Day. He was the youngest of 3 siblings with 2 older sisters, Marcy and Sandy. He moved to Grand Prairie, TX with his parents and middle sister, Sandy, at the age of 2. Ronnie would spend his youth there and attend Fannin Elementary, Jefferson Jr High, and Grand Prairie High School. Ronnie had a close bond and enjoyed growing up with his 2 nephews, Rick and Joe Lawlis. He was active in many school bands and even performed at the World’s Hemisfair in San Antonio, TX in 1969. While in high school, he began working at Southland Funeral Home working on the Ambulance.

After graduating high school in 1969, he attended Arlington State College (now known as UT Arlington) until December of 1969 when he joined the Texas Air National Guard, where he served in the reserves until 1975. One of his mentors, Bruce Bean of Southland Funeral Home, talked Ronnie into going to Mortuary School and gave him a scholarship to attend. After graduating from the Dallas Institute of Mortuary Science in 1971, he continued working for Southland Funeral Home.

Ronnie would marry Nancy McGlothlin on January 15th, 1972. The couple would have their son, Brian Christopher Day in November 1973. The couple would go their own ways in August of 1975 but would remain friends throughout life.

In 1977, he graduated from North Central Texas Police Academy and went to work for the Grand Prairie Police Department. Though his time as a Police Officer was not long, his memories of the job and his admiration for police officers was carried with him throughout his life.

On November 7th, 1977, Ronnie married Mary Aikin in Clarksville, TX. Ronnie and Mary would welcome their son, Brandon into the world in October 1978. They would make their residence for the next 18 years in Electra, TX where Ronnie would own Totten-Day Funeral Home. While in Electra he was active in the Rotary Club, elected to the City Commission, elected to the Electra ISD School Board, and Tiger Booster Club for both Band and Athletics. In March 1983, the couple would welcome their only daughter, Lucenda into the world. Also, while in Electra Ronnie had a business venture with Ronnie’s BBQ and Burgers. That business was short lived when his son, Brandon, had burgers delivered every day to school. One business that did survive for several years was the flower shop he co-owned with Mary, 2 Days Floral. Ronnie was very active in the community and had many great friends that he would stay in touch with throughout the rest of his life.

In 1997, Ronnie, Mary, Brandon, and Lucenda, would move to White Oak, TX. Ronnie went to work as General Manager for Lakeview Funeral Home and Cemetery. He would become active in the First United Methodist Church of White Oak as well as going to watch the Lady Roughnecks play basketball. After a short 2-year time in White Oak, Ronnie, Mary, and Lucenda would return to Electra for Lucenda’s Senior year. Ronnie took a hiatus from the Funeral Service at this time and worked as a supervisor at the Budget Rental Car Call Center in Wichita Falls. With both kids out of the house. Ronnie and Mary would make their way to the DFW area with stops in Ft. Worth, Dallas, Wylie, and Corsicana before finally settling down in Sulphur Springs.

Ronnie worked for Murray-Orwosky Funeral Home in Sulphur Springs. He and Mary were able to make great friendships in every stop along their journey. He had a great love of music and played bass and sang in several bands throughout his life. He was a lover of many things, but most loved anything his children were into. From football and basketball to traveling to NASCAR races or hunting, Ronnie loved spending time with his family. Him and Mary even spent a few years traveling across Texas to many fairs with their business Lucy Locket’s Pockets.

Ronnie is survived by his wife Mary, Son Brian and his wife Amy, Son Brandon and his wife Tara, and daughter Lucenda. Grandchildren Kylie, Jake, Cannon, and Wade. Brother-in-law Phil Harrison and Sister-in-law Wilma Lalk and her husband Rex. Ronnie was preceded in death by his Parents, Claudie and Vivian Day, both sisters, Marcy Lawlis and Sandy Harrison.

Family requests donations to Cypress-Basin Hospice in lieu of flowers. Donations can be sent to 207 Morgan Street, Mt. Pleasant, TX 75455.

To order memorial trees or send flowers to the family in memory of Ronnie Day, please visit our flower store.