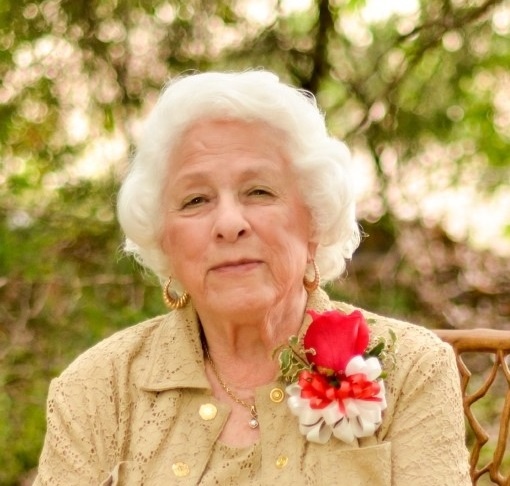 Funeral service for Sybil Lou McClendon, age 98, of Sulphur Springs, TX will be held at 2:00P.M. on Tuesday, August 17,2021 at First Baptist Church in Sulphur Springs with Rev Fred Lewis officiating. Interment will follow at Restlawn Memorial Park with Dustin McClendon, Brent McClendon, Paul Eddins, Slayton McClendon, Keaton Tucker and Jason Maness serving as pallbearers. Visitation will be held on hour prior to the service. Sybil McClendon passed away into the arms of her Lord on August 14, 2021 at 3:30am. She was ninety eight years old.

Sybil was born February 6, 1923 to Charlotte “Lottie” and Dan McDonald in Reilly Springs, Texas. She was one of nine children and one of a second set of twins. As a young woman, she loved playing basketball and spending time with family. After graduating from Reilly Springs High School, she began her business career with the Perry Bro’s Stores. She was assistant manager at the Sulphur Springs store, then during World War II she was made manager of the Pittsburg, TX store. After leaving Perry Bro’s she worked for Neal Ray’s Jewelry Store. After Hugh J McClendon returned from the service he settled in Pittsburg where he met Sybil. The two married on September 27, 1946 in Linden, Texas and resided in Sulphur Springs since 1949. In 1955, the couple bought and ran Quicky Foods Grocery Store for over fifty years where Sybil’s role was that of Co-Owner and Operator. Sybil’s favorite pastimes were playing golf as a member of the Ladies Golf Association at the Sulphur Springs Country Club, playing bridge, and she and Hugh always enjoyed horseback riding. She was active in several different clubs over the years including Mothers Culture Club, Dial Study Club, The Junior Waverly Club, and the Lena Day Garden Club. She was a member of First Baptist Church since August 1949, and a member of the Ann Gregg Sunday School class. She enjoyed working in her church where she taught Sunday School classes for twenty-eight years. She spent seventeen years teaching 14 year old girls, then taught a ladies class for eleven years. She also worked regularly in Vacation Bible School for fifteen years. Further, she was highly involved in the annual Reilly Springs Memorial Day, and all Vanderslice family commemorations.

She is survived by her sons Mark McClendon and Jay McClendon of Sulphur Springs; six grandchildren; ten great grandchildren; two sisters-in-law, Joyce McDonald and Faye Tuttle; as well as many loved nieces and nephews.

Condolences may be made in the form of a memorial to the First Baptist Church of Sulphur Springs, Texas.

To order memorial trees or send flowers to the family in memory of Sybil McClendon, please visit our flower store.