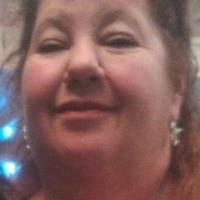 Funeral Service for Teresa Tinajero, age 63, of Brashear, TX will be held at 1:00 P.M. at Murray-Orwosky Funeral Chapel on Sunday, June 10, 2018. There will be no formal visitation. Mrs. Tinajero passed away on Wednesday, June 6, 2018 at Rock Creek Health and Rehab.

Teresa Tinajero was born on December 26, 1954, in Kilgore Texas, the daughter of Alma Teague. She married Juan Tinajero in 1992. Teresa was the owner of a construction company and a homemaker.

Teresa was preceded in death by her parents and sister, Sue.

Murray-Orwosky Funeral Chapel
To order memorial trees or send flowers to the family in memory of Teresa Tinajero, please visit our flower store.