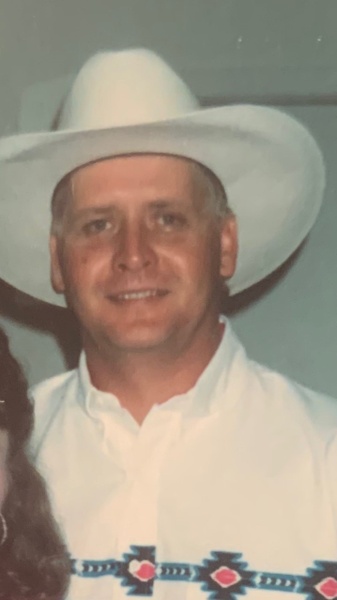 Hand delivered by a local florist

Funeral service for Tracy Stone, age 60 of Euless, TX will be held at 11:30 A.M. on Thursday, June 9, 2022 at Murray-Orwosky Funeral Home with Jody Nichols officiating. Visitation will be held from 6:00 to 8:00 on Wednesday, June 8, 2022 at Murray-Orwosky Funeral Home. Pallbearers will be Shane Stone, Cole Williamson, Keith Stone, Kyle Stone, Dakota Stone, Steve Pace and Shae Patterson. Bill Brown will be serving as honorary pallbearer. Mr. Stone passed away on June 4, 2022.

Tracy was born on September 28, 1961 in Dallas, TX to Tal and Oneta Stone. He was the youngest of three brothers. The oldest brother Tony Stone and the middle brother, Troy Stone. They were all members of Faith Temple Baptist Church in Irving, TX. Tracy married Vicki Brown on June 11, 1983 in Sulphur Bluff, TX. They had their first child, daughter Amanda Michele on July 22, 1986 and son, Shane Alan on June 21, 1995.

Amanda and her husband Cole had Tracy’s first grandchild; granddaughter Addisyn Grace Williamson followed by grandson Camden James Williamson. Shane and his wife Kate blessed him with grandson Autrey Royce Stone and soon to be born granddaughter, Jonesy Lynn Stone. Tracy had three nieces and one nephew, Somer, Skye, Tracie Lynn and Dakota Stone. He also had four great nieces that adored him and gave him the nickname of “Uncle Willie”.

Tracy’s hobbies were front porch sittin’, fishing, listening to county music and watching Andy Griffith, Gunsmoke and the Rifleman. One of his most cherished memories was winning the Texas High School bull riding Championship in 1980. Where he rode the Bull named Funeral Wagon and scoring one of the highest scores of any past/present Texas High School State Champion.

He especially loved hanging out with his cousin/best friend/& long-time running buddy, Keith Stone. They shared many years of mischief & laughter together.

Tracy was preceded in death by his mother and father, Tal and Oneta Stone.

To order memorial trees or send flowers to the family in memory of Tracy Alan Stone, please visit our flower store.