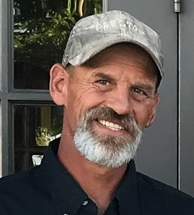 A memorial service for Vince Bizzell, age 54, of Sulphur Springs will be held at a later date. Vince passed away Tuesday, August 25, 2020 at Christus Mother Frances in Sulphur Springs, TX.

Vince Bizzell was born May 28, 1966 in Hobbs, NM to Roger and Bobbie Bizzell. He worked in the oil field, loved to fish, enjoyed riding motorcycles, travel, and liked going to the beach.

He is preceded in death by his sister, Regina Bizzell, and special four-legged friend, Nonie

To order memorial trees or send flowers to the family in memory of Vince Bizzell, please visit our flower store.