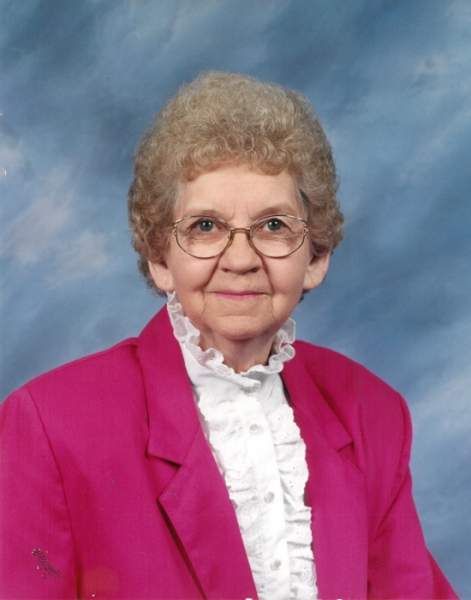 Wilma Grace Goldsmith died on Tuesday, October 15, 2019 in Sulphur Springs, TX after an extended illness. She was 91 years of age. Wilma was born on March 28, 1928 in Hatchetville, TX to James and Vola Walker. She spent her life in the dairy business. She lived in the Weaver community and was married to Dusty Goldsmith for more than 60 years. She was a member of the Weaver Baptist Church.

Wilma, or MawMaw as she was called by her grandchildren and great-grandchildren was a good and gracious lady who shared her good humor, good food and immense warmth with her family and friends. She had a passion for cooking, and she loved babies.

The kitchen was her domain and her meals masterpieces. Her turkey, dressing and pies were legendary and were the center piece of the Thanksgiving and Christmas season for the Goldsmith family.

Wilma was a hard-working, Christian woman, a loving mother and grandmother.

Wilma was proceeded in death by her parents; her son Michael Goldsmith; grandchildren, Stacie Goldsmith and Joshua Barnwell; two brothers and four sisters.

To order memorial trees or send flowers to the family in memory of Wilma Goldsmith, please visit our flower store.